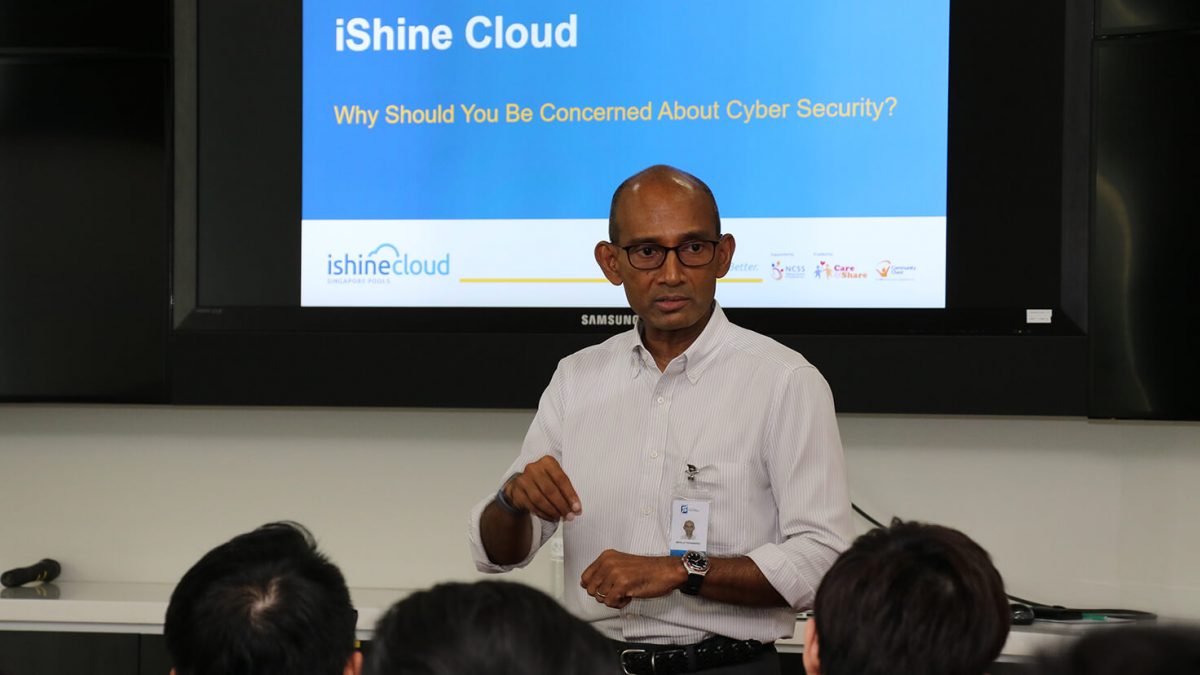 23 January 2019– A total of 23 professionals from the charity sector attended the inaugural ‘iShine Cloud Clinic’ held on a Wednesday afternoon at the Singapore Pools’ Building.

Attendees included Chief Operating Officers, Executive Directors, and various management levels. To keep the discussions productive, such sessions would be held fortnightly for approximately 20 Social Service Organisation professionals each time, to allow them to better comprehend iShine Cloud’s cloud-based IT solutions, and how the services could potentially benefit their organisations.

The emphasis on protecting oneself against cyber attacks was also brought up as attendees were reminded on the importance of having increased security and reliability, to avoid unplanned system downtime and data loss.

The inaugural session was fruitful as there were many questions from the floor, resulting in on-going discussions for the 2-hour sitting. More than 80% of respondents later indicated in the feedback form that the overall session was either Excellent or Good. The sessions in February have been filled up as soon as they were open for registration in mid-January. More sessions would be planned for the coming months.